Back in May, Chris and I had the opportunity to visit Munich, Germany. (Read about my adventures in Munich here!) After spending a few days there, we figured we’d spend the weekend road tripping through Bavaria! Our first stop was in Füssen, a small Bavarian village, just two hours south of Munich. We wanted to see the Neuschwanstein Castle!

We woke up in Füssen on Saturday morning and grabbed a quick bite to eat at a little cafe in the village before starting our hour-long walk to the castle. 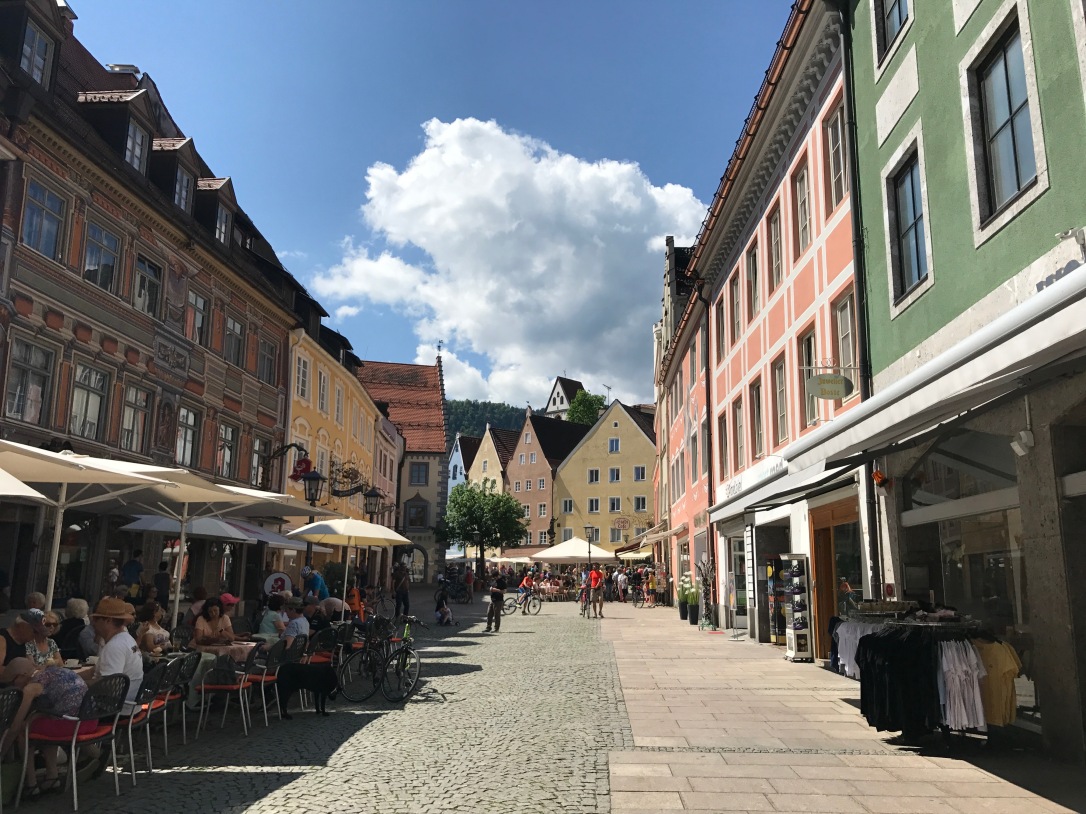 The walk was lovely. It was warm and sunny, and we made lots of cow friends along the way. (Don’t they look so cuddly?? I asked Chris if we could bring one home… he said no…) 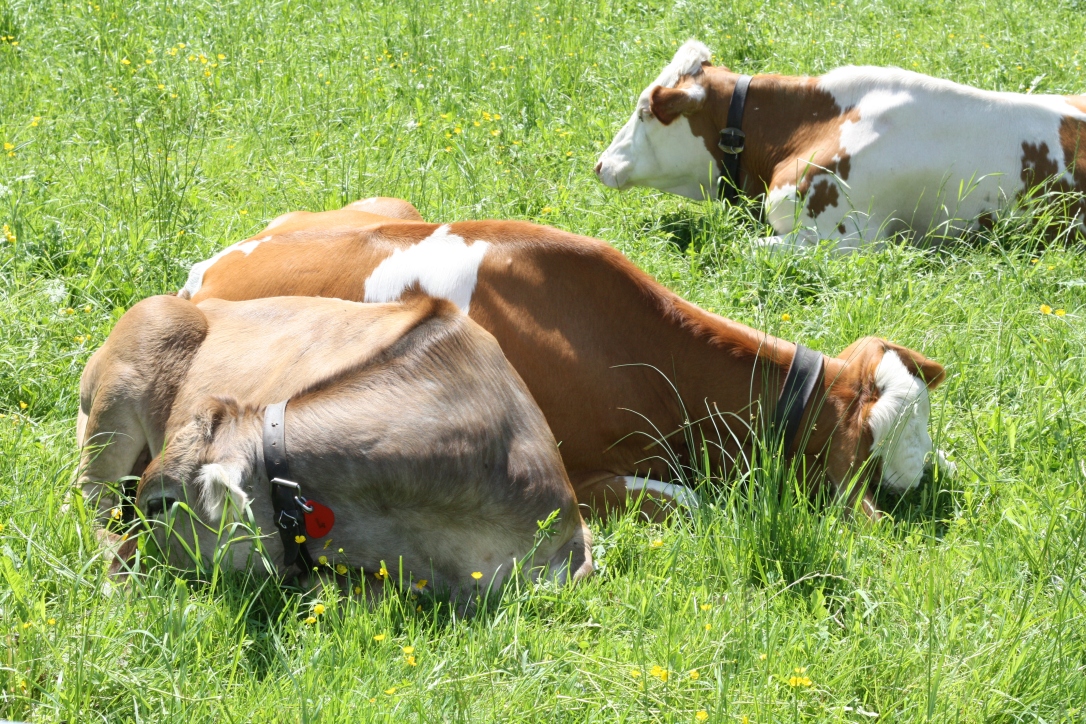 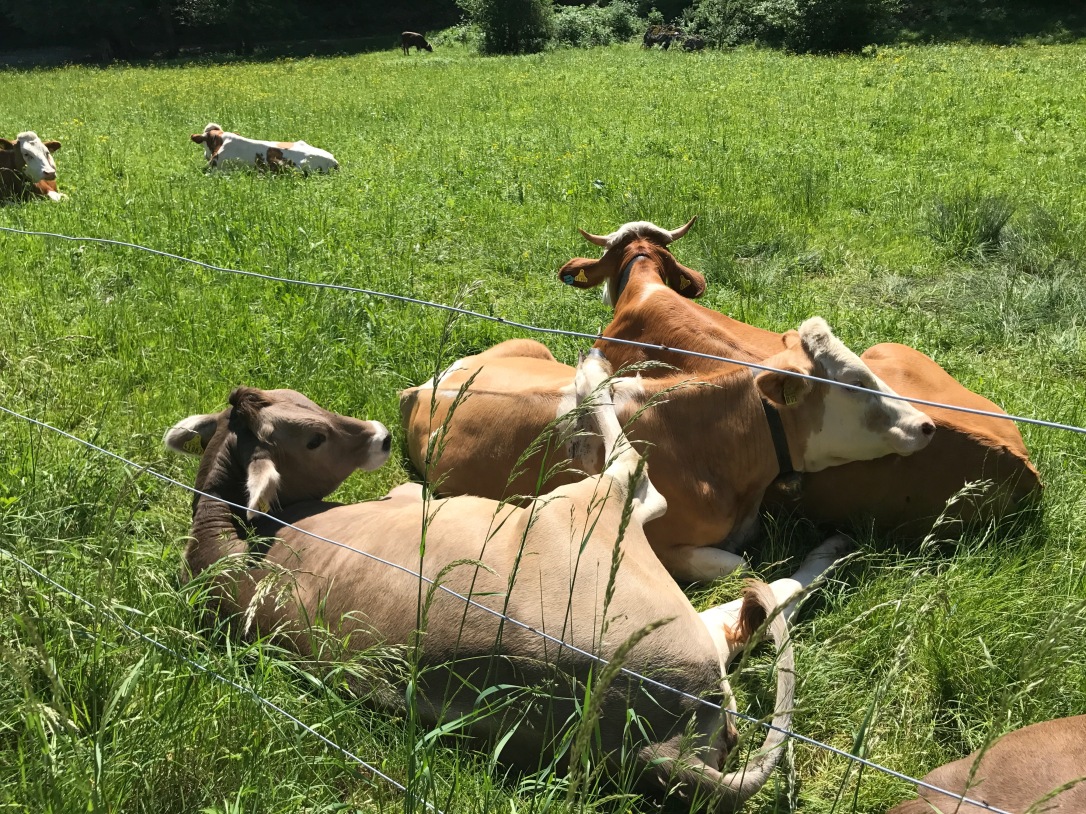 As we approached the castle, we quickly became aware that we were going to have to dodge tourists left and right. This was a popular spot! Apparently Neuschwanstein Castle is one of the most visited castles in Germany, and it was also the inspiration for Sleeping Beauty’s castle in Walt Disney’s Magic Kingdom. (You knew it looked familiar, didn’t you?) There were tour buses and people everywhere, but we were starting to get some really good views! 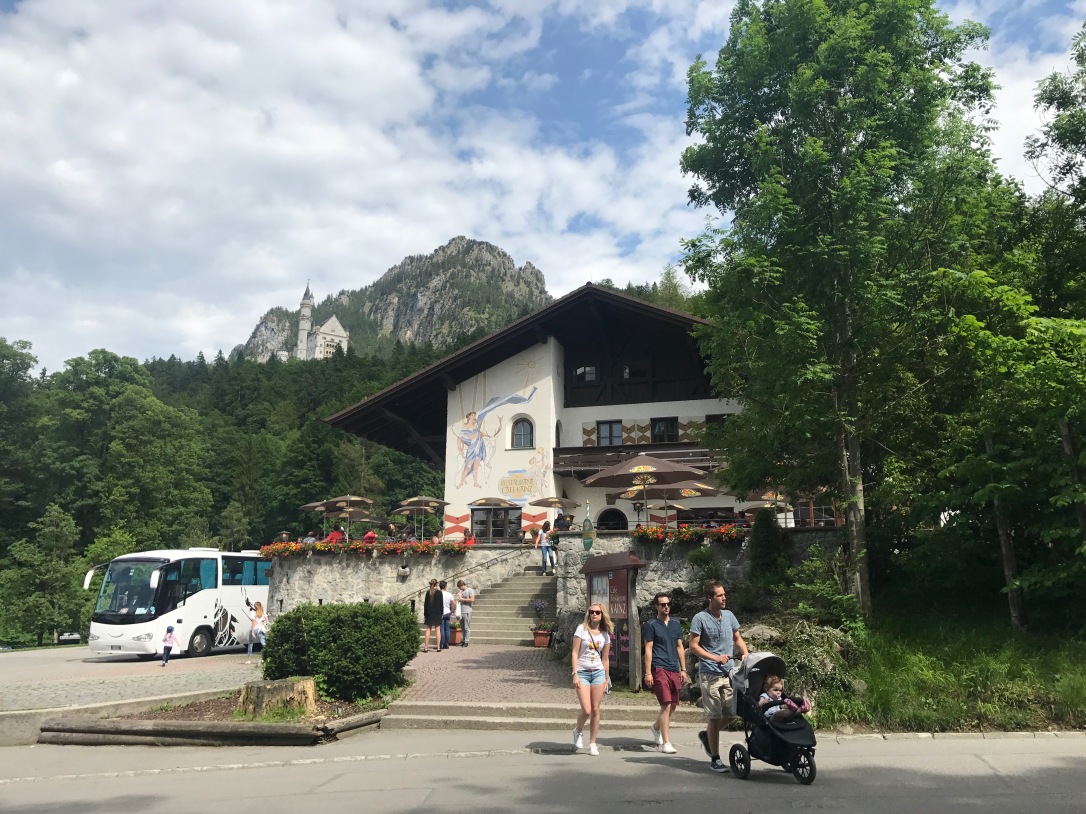 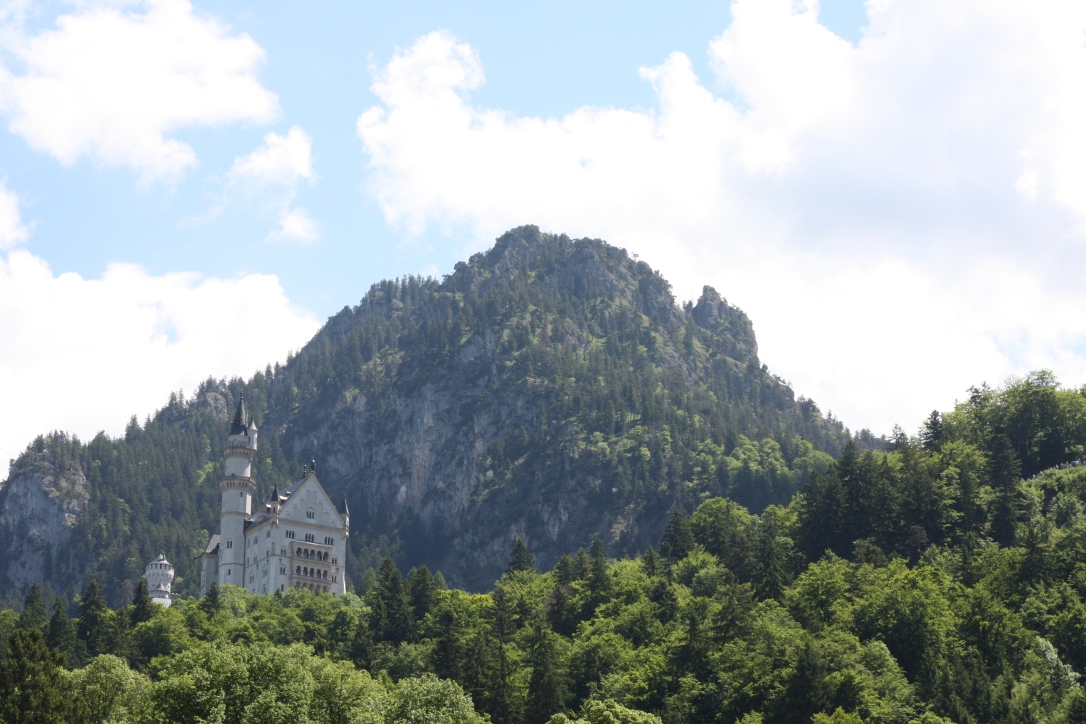 Finally, we made it to the Marienbrücke bridge – supposedly one of the best places to see the castle from… Little did we know that we would literally have to wait in line to stand on the bridge!! There were soooooooo many tourists bumping into each other trying to get a good photo! (But yes, the 2 minute wait and bumping elbows were worth it!)

When we’d had enough of the tourists, we decided to cross the bridge to the hiking paths we’d read about on some travel blogs. Finally! We were ditching the crowds! We made our way up the switchback paths, stopping for amazing views of the castle, villages, lakes, and Bavarian Alps along the way. 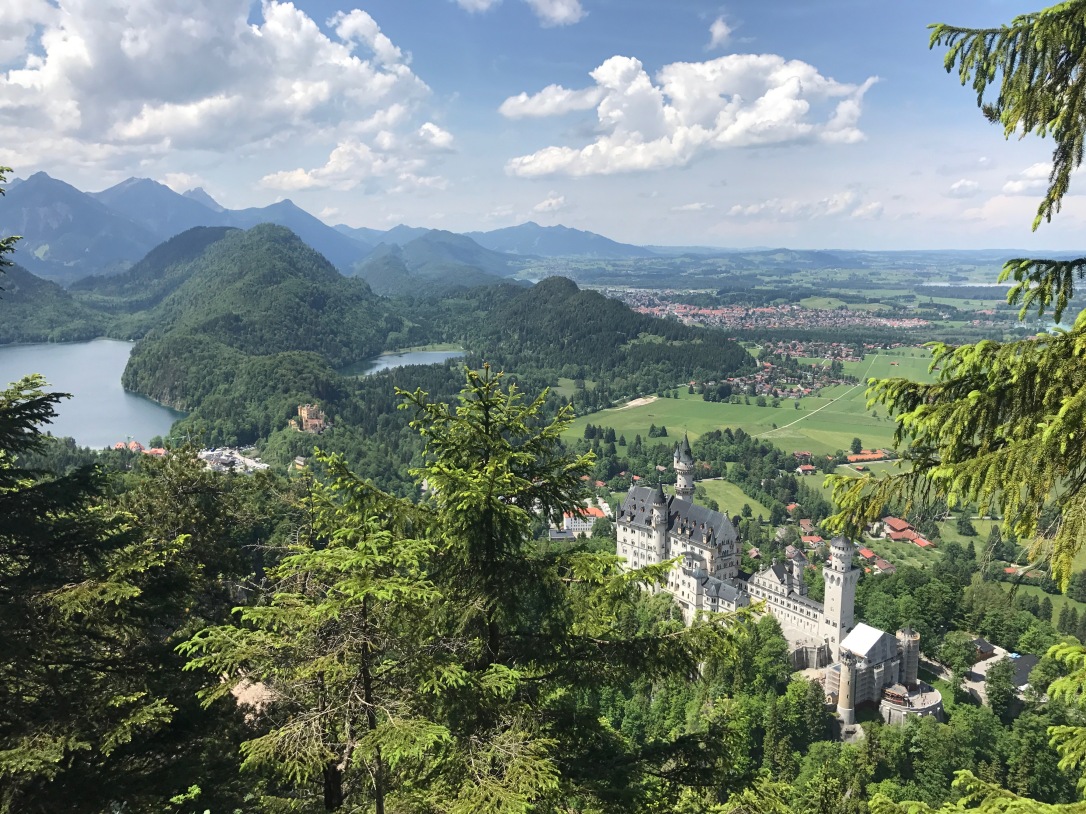 After sitting and enjoying the magical view for a while, we made our way back down the path and started heading toward the castle. We decided to walk by it, but not go in. (I had read that the inside wasn’t nearly as impressive as the outside and, well, we’ve seen a lot of castles in the past year since we moved abroad, so we didn’t feel like we were missing out.) We opted to get some lunch and an ice cream at a touristy restaurant near the castle instead. (Not the original plan, but we were starving!)

We wound our way back down the path and decided to take the long way back to Füssen. We ended up walking through some beautiful woods and caught a far-off glance of the castle, nestled magically in the Bavarian Alps, as we crossed a large, grassy field. It was so unbelievably pretty!

After a long day of exploring, we got back to the village and headed out to get some dinner. We had worked up quite an appetite again after all that walking!

Thanks for a lovely day, Neuschwanstein!