Back in May, Chris and I headed off to Spain for a little road trip. Our plan, once we left the Madrid airport, was to hit Toledo, Granada, Nerja, Frigiliana, Marbella, and Ronda before flying out of Málaga. It was an ambitious road trip, but we knew we could handle it!

We flew into Madrid, picked up our rental car, and went to pick up our friend Pat, who was in town for work. Once we had Pat in the backseat, we hightailed it to Toledo. Having a friend with us was really fun. We don’t always get to travel with friends, and it was great to see Pat again!

When we got into Toledo, we followed our GPS to the hotel – not quite understanding how it wanted us to drive through some of the narrowest alleyways we had ever seen.

The funniest part of this was that Chris and I had recently watched an episode of Aziz Ansari’s great new show, Master of None, in which his character and his best friend are driving in Italy and get their car stuck while trying to drive though a narrow alleyway (much like the ones we were passing though), so we were dying laughing, just waiting for the moment when we’d get the car wedged between two walls!! 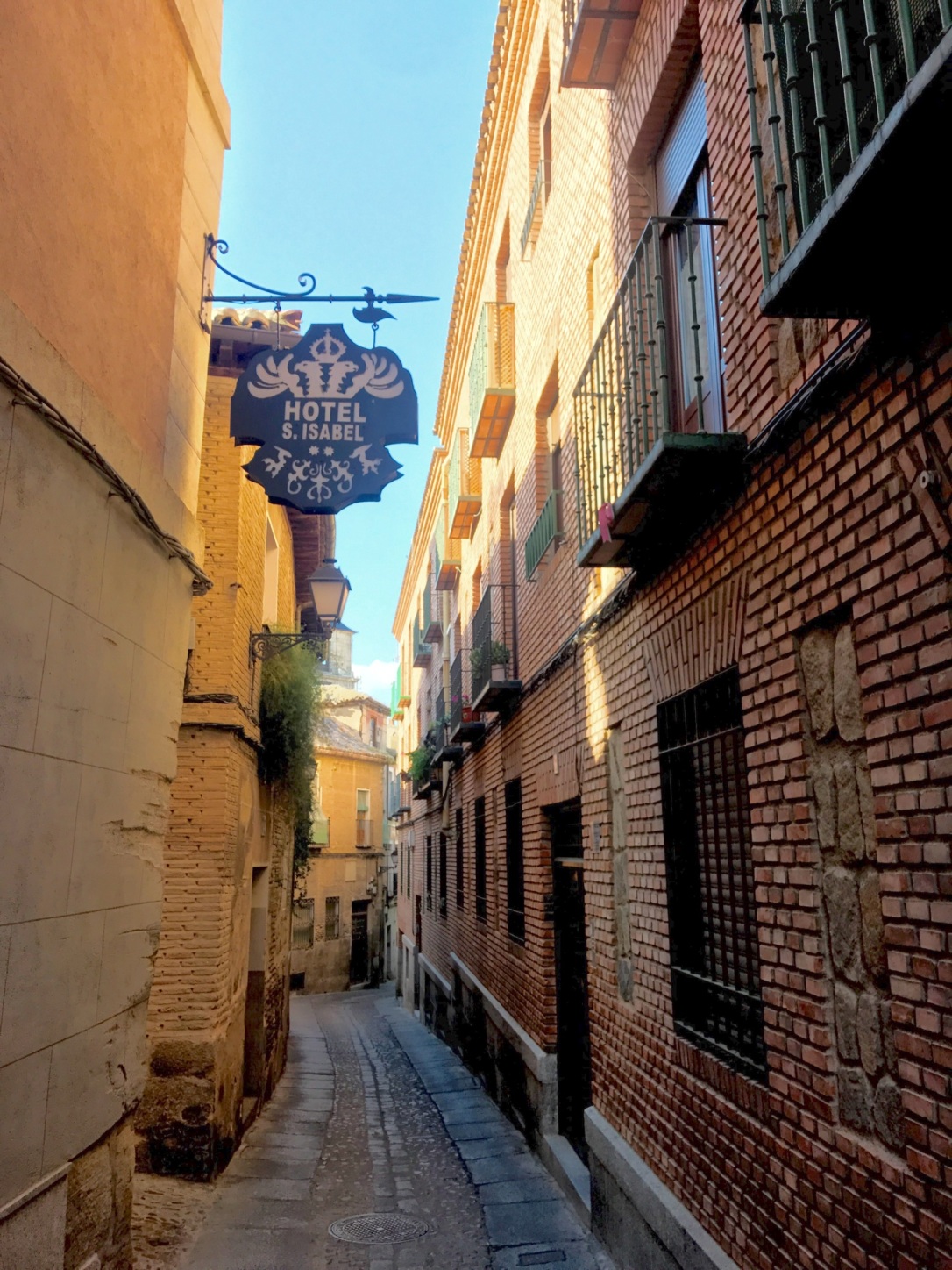 We somehow made it though without a scratch, but phew, was it close!! 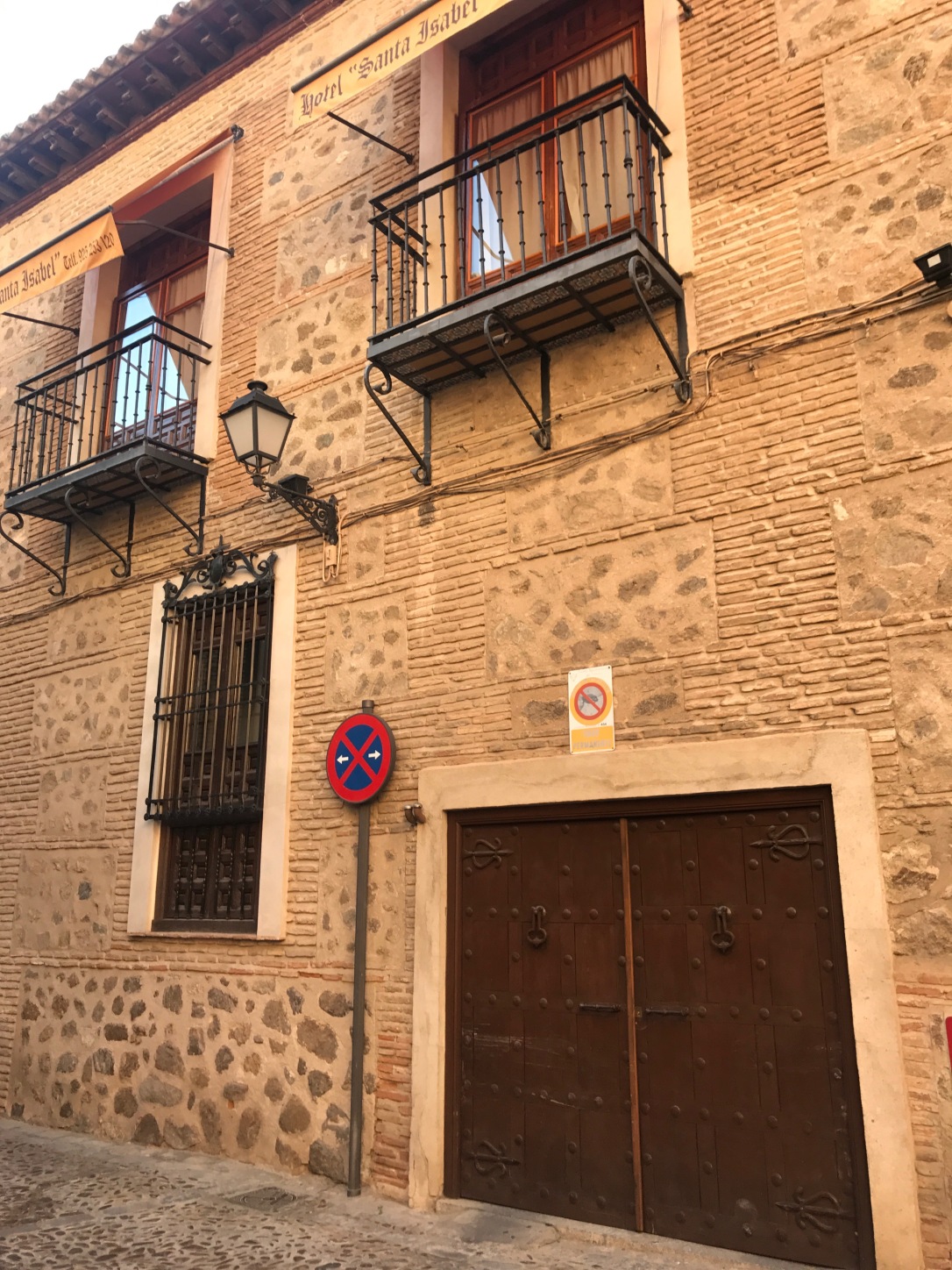 This was the “parking garage” under the hotel that Chris had to drive down into! Barely wide enough for our little Spanish rental car! 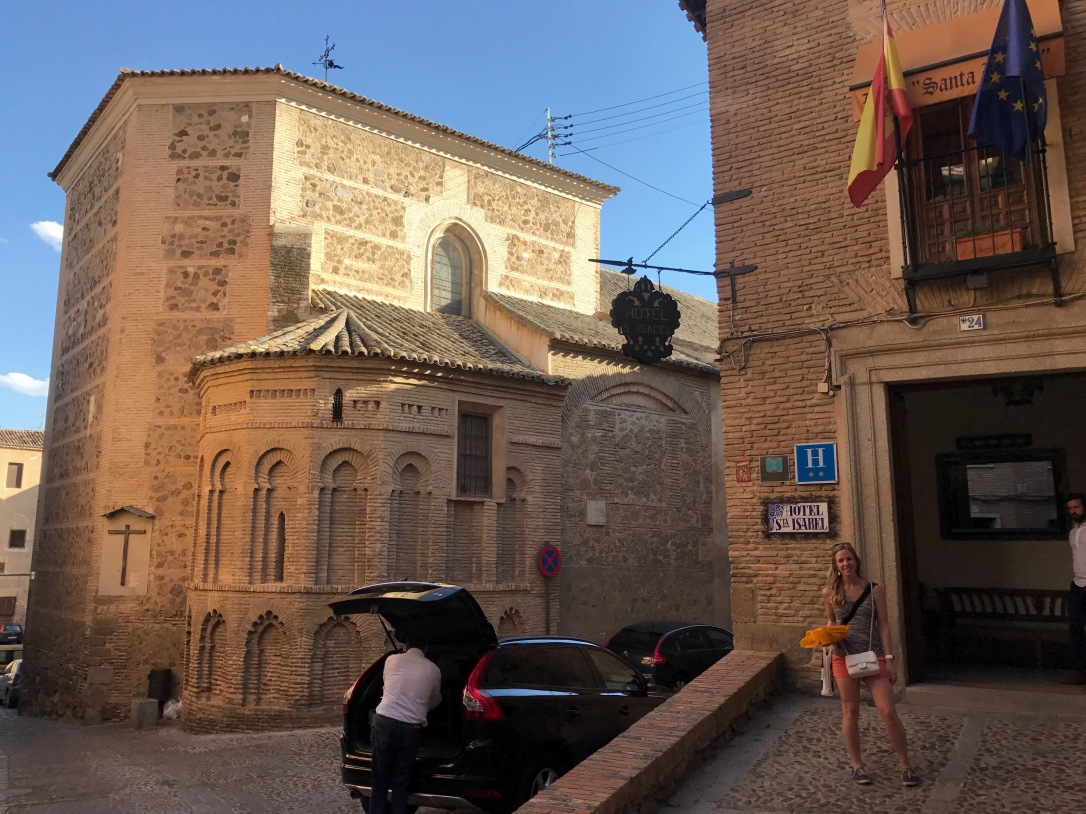 Once we had safely dropped off the car and suitcases, we headed out to explore the city. 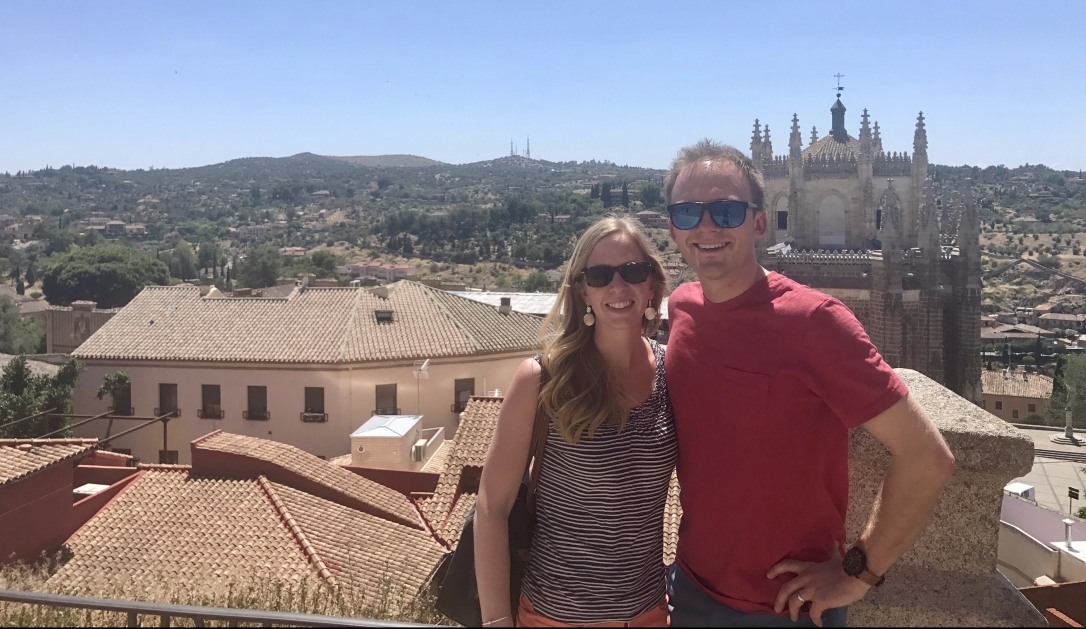 Having Pat with us meant we had our own personal photographer – thanks, Pat! 😉

Side note: It was hot that day.

Like if I hadn’t been worried about not having enough clothes for the whole trip, I probably would’ve changed outfits 3 times. You can practically see the heat rising off the houses! 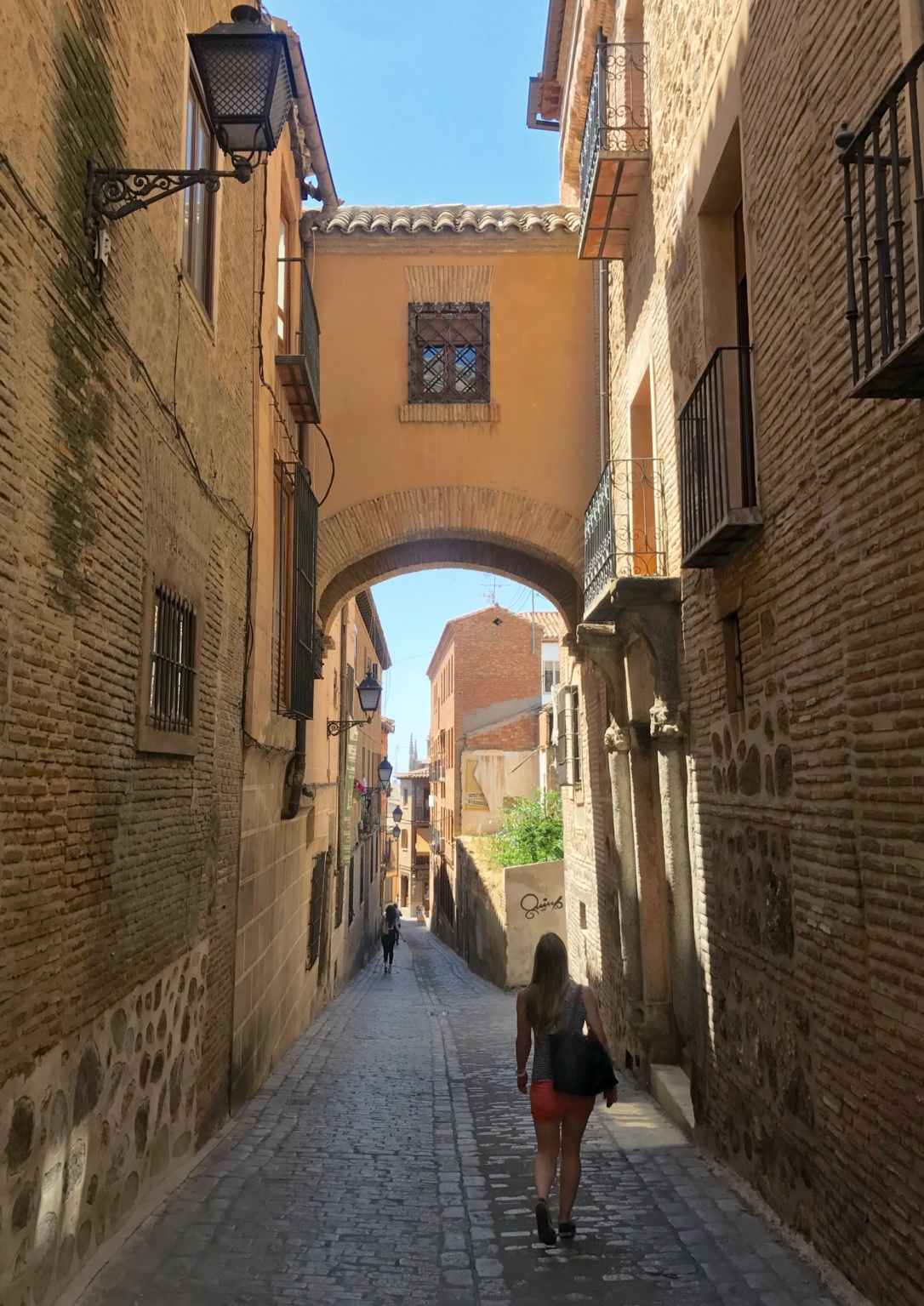 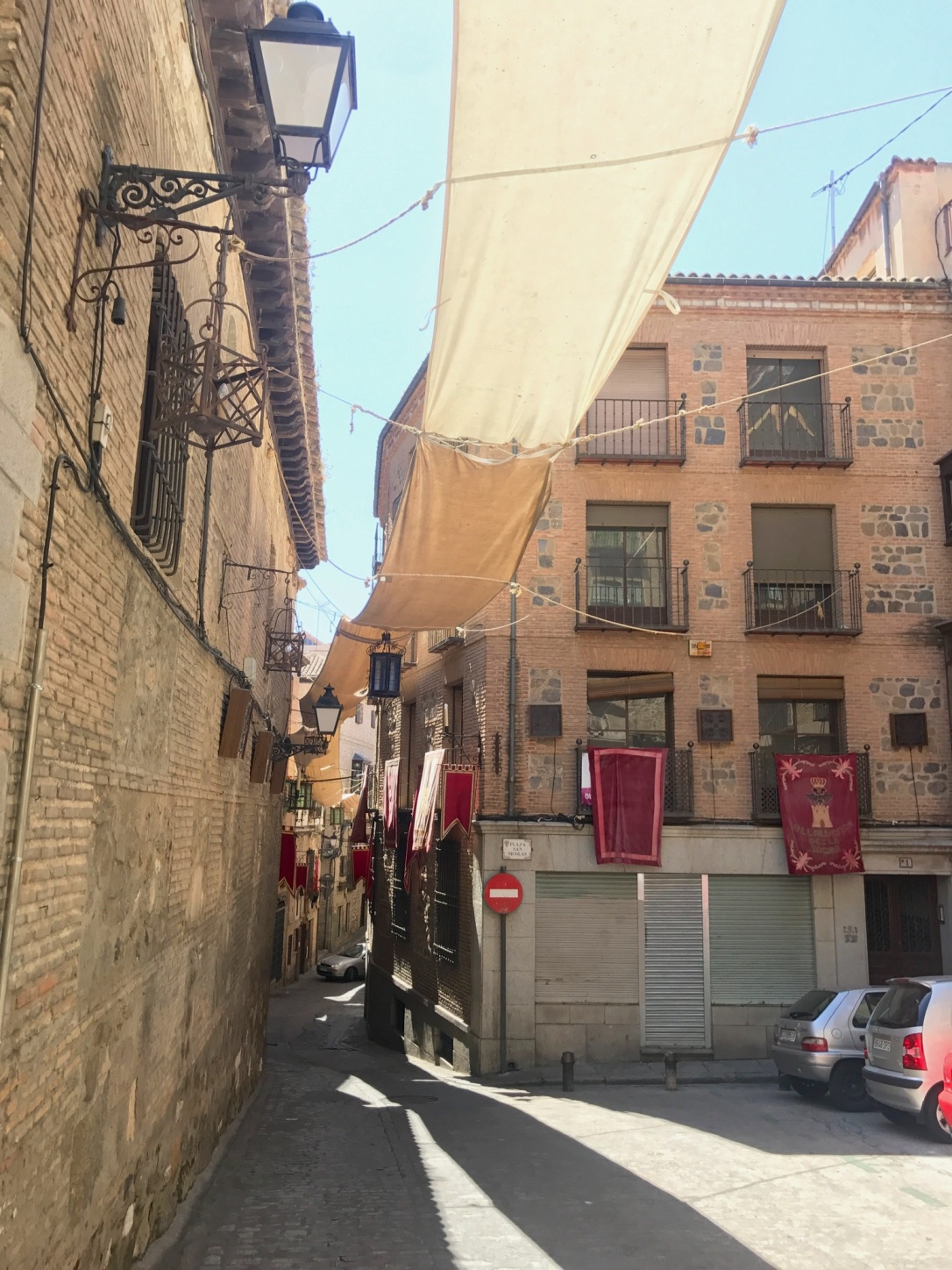 They had what looked like outdoor curtains hanging from the buildings to provide extra shade on the streets below because it was so hot!

As we were roaming around the city, we ended up catching this view of the Puente de Alcántara (the Alcantara Bridge). So pretty! 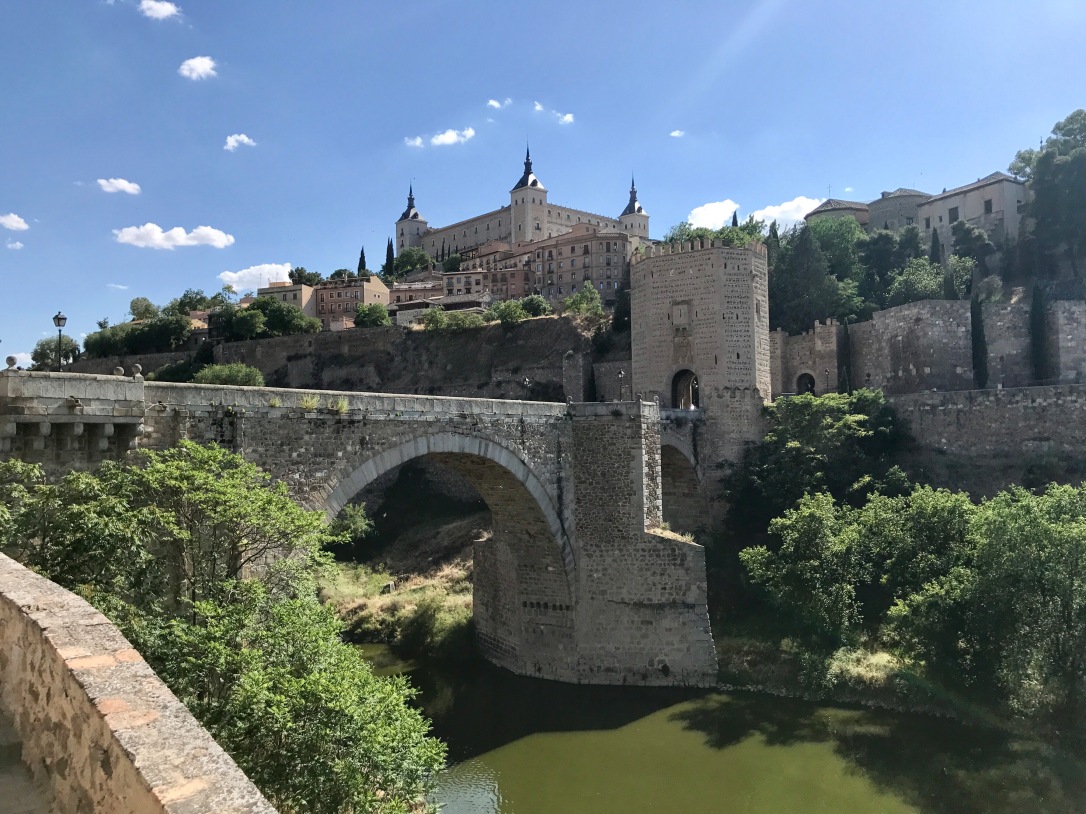 After a re-hydration stop at an outdoor cafe, we checked out the center of the city, ogling at the impressive facade of the Santa Iglesia Catedral Primada de Toledo. 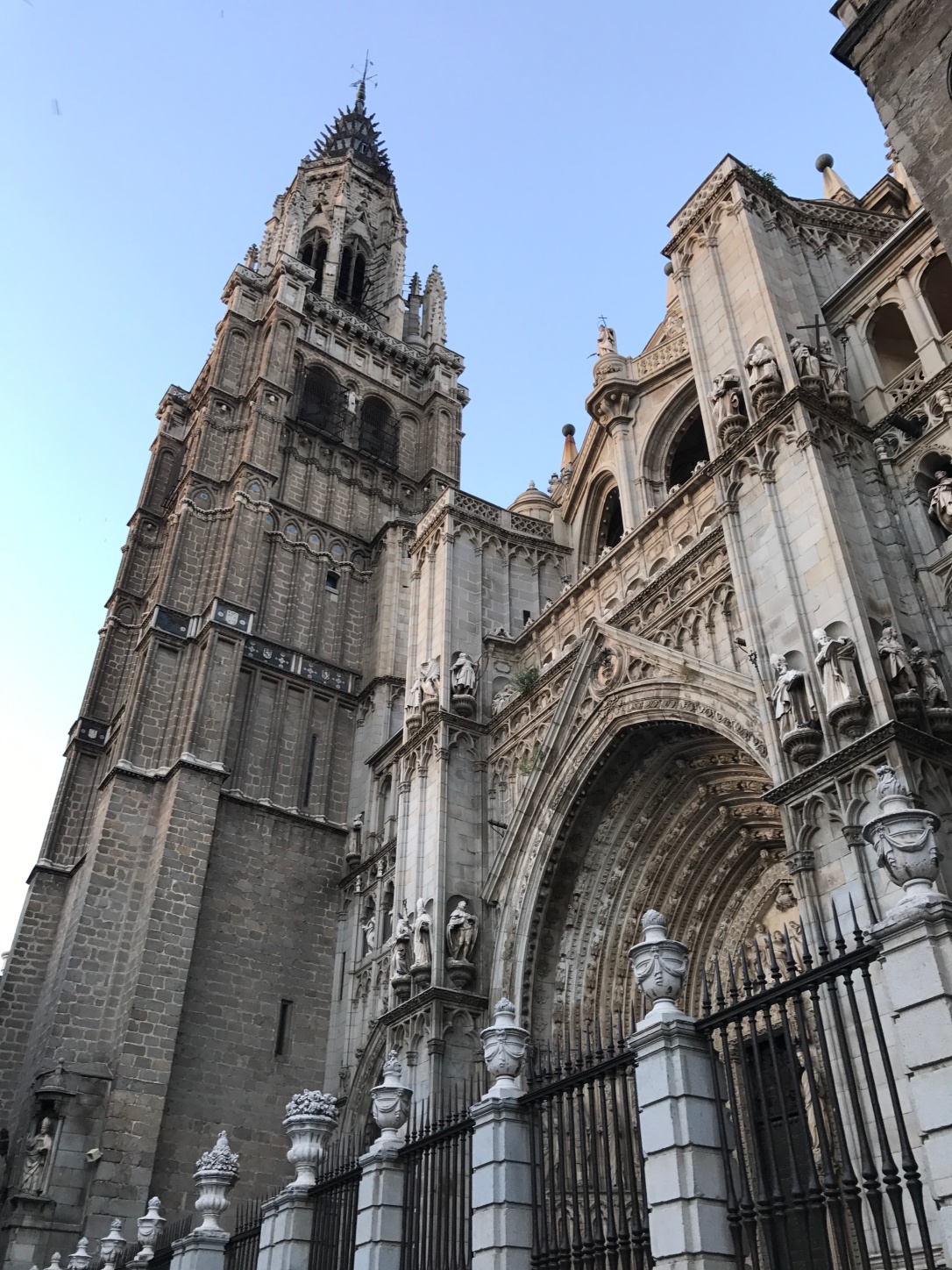 After a few hours of exploring, it was time to say goodbye to Pat, who had to catch a train back to Madrid. Chris and I headed up to the rooftop of the hotel to admire the city from above. Maybe this is where the expression “Holy Toledo!” comes from…? It was so pretty! 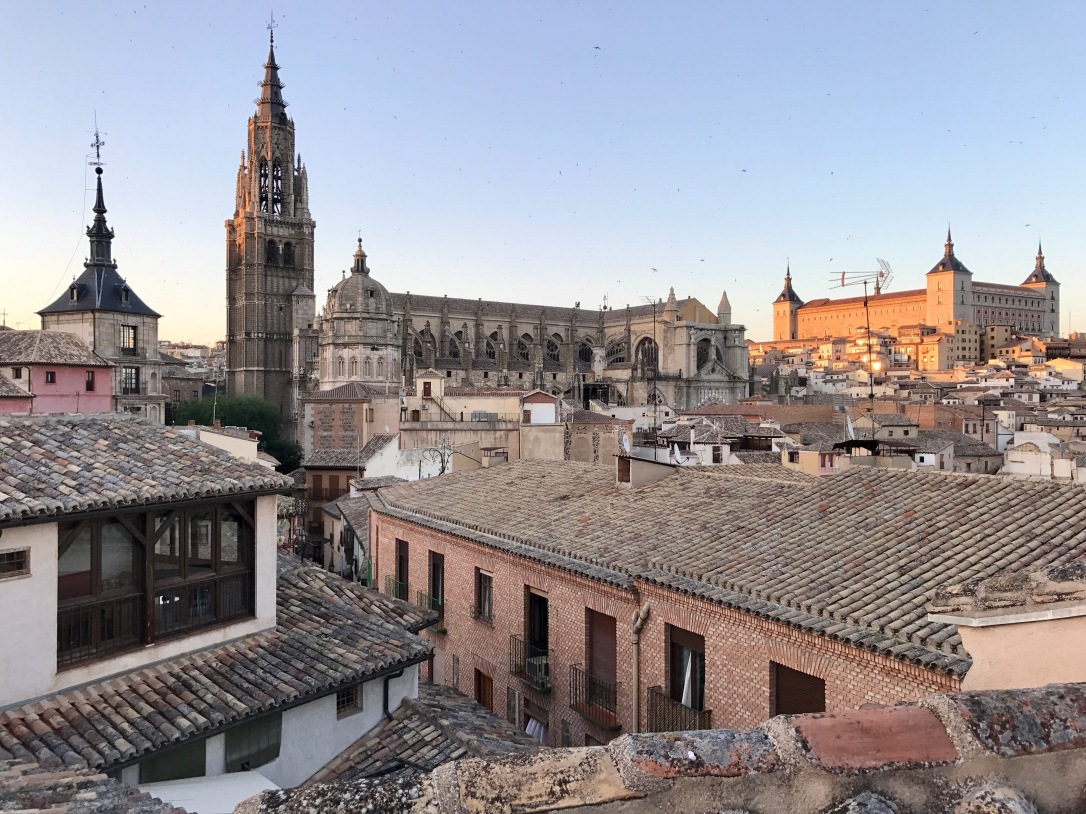 Eventually we went out to grab dinner somewhere, but found ourselves back on the rooftop later, watching the last of the sun slip behind the rooftops. It was the perfect ending to the first day of our Spanish road trip!