Since I started teaching again back in August, I haven’t had much time to add to our little travel blog or really plan any trips, to be honest. Our past couple of trips have been a little less organised than usual, resulting in us showing up in new cities and countries without much of a plan. (But can I tell you a little secret? I’m kind of ok with this!)

A couple weekends ago, Chris and I took off on a city break to Stockholm, Sweden. Chris needed to book a flight back to Boston and as he was checking flight prices, he discovered flights were considerably cheaper departing from Stockholm than from London, so he asked if I wanted to go with him for a quick night. Count me in!

We showed up in Sweden on Saturday morning with just one backpack and purse between the two of us. It felt great to be traveling light! We caught a bus into the city center and immediately headed to a little coffee shop in Gamla Stan (the Old Town) called Kaffekoppen for a “fika.” (In the two minutes I had spent researching for this trip, I learned that this was The.Thing.To.Do. in Stockholm.)

According to VisitStockholm.com, “going for a fika at a fik is a very Swedish thing. Fika basically means to meet up for a coffee and a piece of cake or pastry, and a fik is slang for a café, bakery or pastry shop. Sweden enjoys a highly developed culture when it comes to baked goods, and everywhere in Stockholm you’ll find cafés and cake shops brimming with atmosphere, character and quality, whether traditional or contemporary-creative.” I am now convinced I simply must be Scandinavian, because this was my kind of scene!! I had a delicious chai tea latte and slice of blueberry pie with vanilla cream, while Chris enjoyed a coffee and cinnamon roll. Yum!

After our fika stop, we meandered through the streets of the Old Town, stopping momentarily here and there to check out the architecture, stylish shop windows, and other sights. Stockholm is a pretty neat city! Then we made our way to the hotel to drop off our bags, check our map, and grab another coffee (highly necessary after a 3:30 am wake up) before heading back out again. 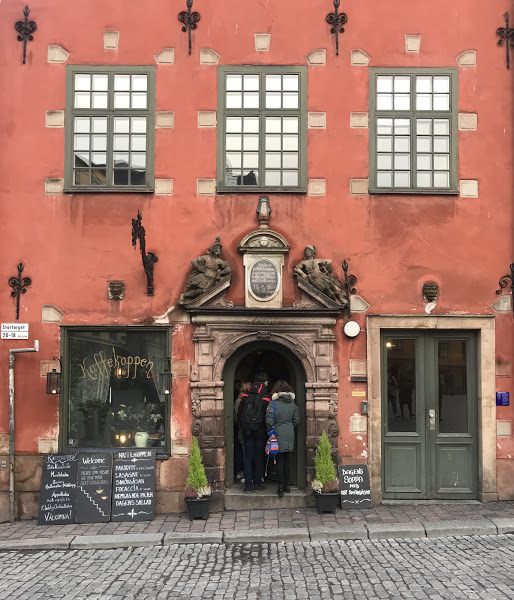 While we knew before arriving in Stockholm that it was going to get dark early, we were still shocked that the sun had completely set by 4 pm! As we walked along the water, we caught the last reflections of the city line reflecting off the water. (There is a lot of water in Stockholm; it’s a city that is made up of 17 islands!) 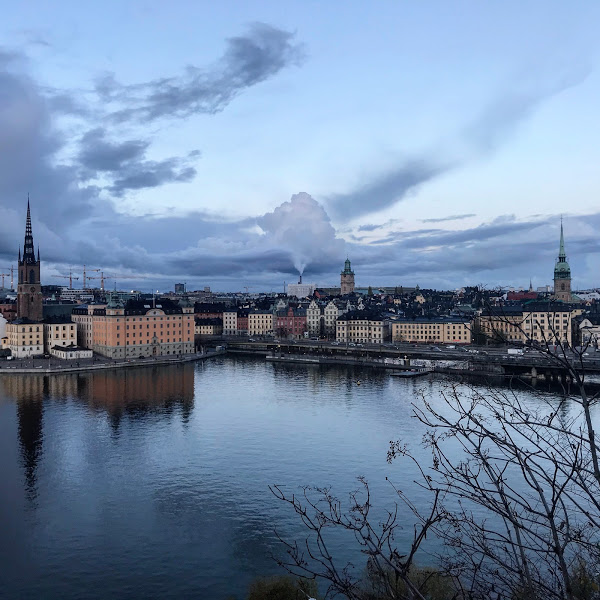 We meandered on, wandering around the island of Södermalm, with a very vague idea of where we might want to go. We did some more window shopping and eventually wound up at a bar called Snotty Sound Bar, where we enjoyed a beer while listening to some music.

We tried pretty hard to make it through a few more hours out, but found it tough to rally up the energy after a long work week, a very early wake up, and an early sunset. (Not to mention that Sweden is expensive and we weren’t looking forward to dropping a bunch of cash just to stay out!) Before long, we found ourselves back at the hotel and ready for bed.

In the morning, we grabbed a quick breakfast at the hotel, then headed out into the chilly fall air. We walked along the water to the Vasa Museum, checking out the old Swedish boats docked in the harbor along the way. 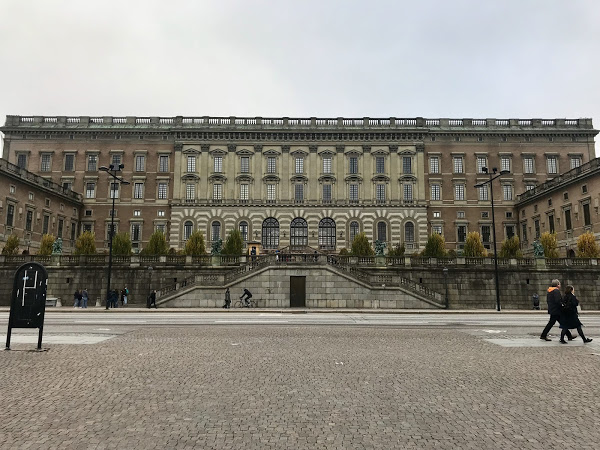 The Vasa Museum (Vasamuseet) ended up being pretty cool! The Vasa was a royal Swedish warship, built in the 1620s in Stockholm. The king at the time had commissioned it for the war with Poland and it took 450 men to built it. Apparently, it had a design flaw though because when it launched in August 1628, it sunk less than 1,000 meters from where it was launched and only took about 20 minutes to sink to the bottom of the harbor! (#epicfail)

After a couple of unsuccessful attempts to find the sunken ship, it was forgotten until the 1950s, when an “amateur archaeologist with a great interest in Swedish naval history” found it. Three hundred and thirty three years after it sank, the Vasa was salvaged. It was brought back up to the surface, towed into a dry dock, and restored. They literally built the museum around it! 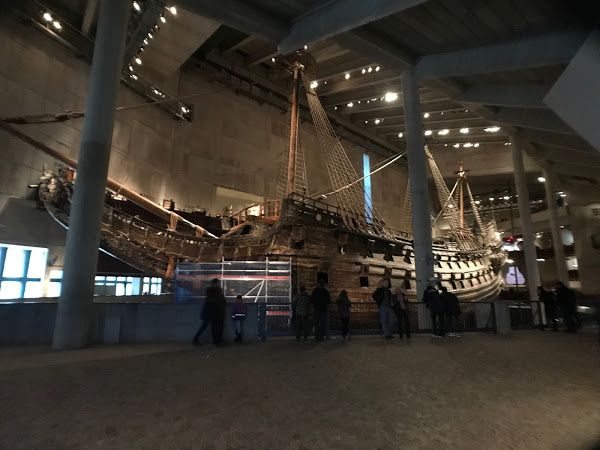 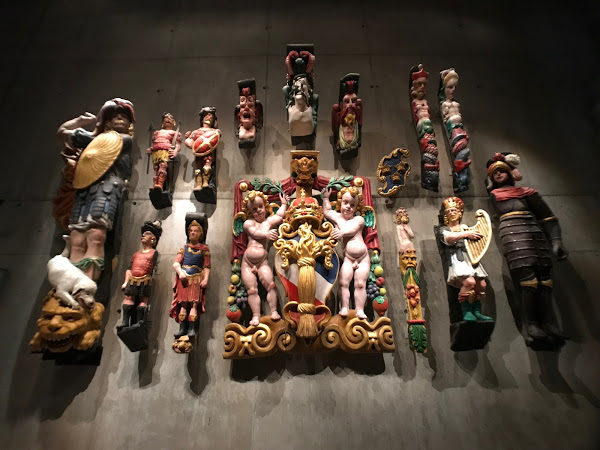 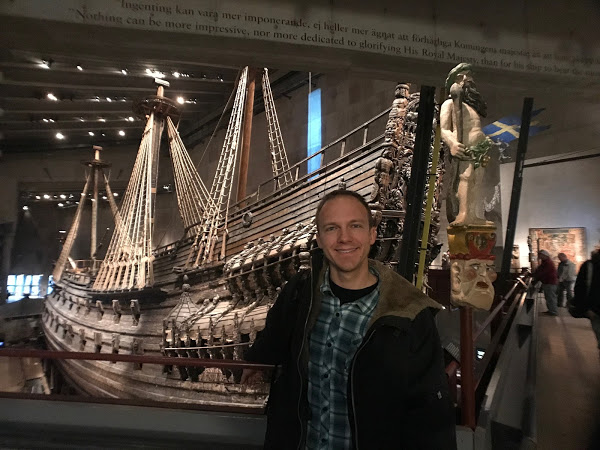 After leaving the Vasa Museum, we wandered into the History Museum (Historiska Museet). We checked out some cool Viking artifacts and Swedish cultural artifacts before deciding we needed another pick-me-up. We headed to Espresso House for some more fika action!

Finally, it was time to head back to the airport. We boarded the Arlanda express train to the airport and we were there within 20 minutes. It had been a quick trip, but definitely worth the exploration!

2 thoughts on “An Overnight in Stockholm”